There’s a lot of chaos in the air these days, and even the simplest of chores might seem like a trial of life and death. Now that your trips to the supermarket, 7-11 or local liquor store might be in peril, fear not, for a solution is at hand. It’s high time to take on the Viking spirit and concoct one of the oldest beverages on earth at home… and you won’t need any manufactured ingredients at all! However, you will need a wee bit of equipment, a healthy and willing spirit (you’ll be going into Viking mode), and of course, a quintessential guidebook.

That’s where Jereme Zimmerman’s Make Mead Like a Viking: Traditional Techniques for Brewing Natural, Wild-Fermented, Honey-Based Wines and Beers comes in. We’re going to be brewing the Nectar of the Gods, so you’ll definitely want to have this volume around (digitally or physically). Not only is it a step by step set of instructions for making many kinds of organic meads and beverages, but it also delves into Norse mythology, and digs into the traditions and spiritual mindset of the Viking brewers of the days of yore, allowing you to bring them to life and start your own journey that transcends science and enters the realms of Odin and Thor, leaving no toxic waste behind.

“Preparing for—and creating—a wildcrafted brew is both mental and spiritual. Brewers I have spoken with employ techniques ranging from clinical to mystical.” – JZ

Mead Has Thousands of Years of History

Mead is an ancient drink dating back thousands of years in multiple cultures across the globe including those of Africa, India, China and Europe. It was the beverage of choice for Vikings and made famous in the epic poem Beowulf which features the Mead Hall at Heorot as its central theatre of action in a story that dates deep down into the Middle Ages.

The great thing is, mead can be made from one hundred percent organic ingredients that can be found especially in places where social distancing is most easily accomplished. Think nature: anywhere from your backyard, to a copse down the road, or deep into long forgotten hidden glens and dales where wildflowers mingle with birdsong, firs, fox and elk. Once you’ve gathered what you need, the rest is a great activity to keep you occupied at home.

The ‘magic ingredient’ has a modern name, that perhaps does not enjoy the best of reputations, namely yeast. But it had no such appelation in times where runes spelled fortunes and dragons were spied at twilight flying along mountain horizons. This invisible magic ingredient can be found on nearly anything organic, and finding some will be one of the very first steps in your Viking mead making journey.

“Before we had any way of knowing that yeast and bacteria even existed, we developed elaborate rituals to invoke the spirits that would bless our brews with boozy goodness.” – JZ

So how does one exactly make mead in the Viking tradition? All mead is honey-based, and you know who makes honey. Those little guys whose responsibilities include the incredible workload of pollinating all the world’s amazing flowers. As, outlined in the book, don’t head for the supermarket to buy a filtered jar of honey. They’ve filtered the magic ingredient right out of it! Head for the bees directly, or, perhaps better put, to a beekeeper that lets their colonies do all their work naturally and will give you the pure unadulterated honey they make from wildflowers. In this case, the yeast you’re seeking will be present in the honey already.

“Without honey we wouldn’t have mead, and without bees we wouldn’t have honey. Honey has been inexorably linked with mankind’s survival in much the same way that fermentation has, and for about as long. It is therefore understandable that it holds just as strong a place in mythology and sacred rituals.” – JZ

Once you’ve got that, you’re well on your way to making your first batch of mead. But you’re still going to need a unique set of tools, including a rune emblazoned totem stick for stirring, to help initiate the process. I’ll leave most of the details for this to Jereme’s expert and elaborate advice in the middle chapters of the book. But let’s just say that within just a few days, you’re going to have a bubbling chorus of spirits having a party in whatever vessel you have chosen to bear your first ferment.

“Being that the translation of bryggjemann is essentially ‘brewing man,’ I like to think of invoking this being when I’m creating a new brew.” -JZ

Make Mead Like A Viking also introduces a plethora of natural ingredients that can be used in ferments as well as complete recipes for numerous variations of organic meads including Show Meads, Skald’s Verse-Bringer Spiced Orange Mead, Dr. Yeti’s Ethiopian Fire Mead/T’ej, Mushroom and Garlic Mead Madness, Squashed Pumpkin Mead, and many more fruit, vegetable, herbal and other meads. In times like these, let’s also give a special mention to the Peach Horehound Mead, a Respiratory and Digestive Tonic, the recipe of which is also included in the book.

Jereme, who formerly wrote under the pseudonym RedHeadedYeti at a website called Earthineer (no longer in service, but you can check out https://steader.com which is run by the same guy), also provides his readers with more than ample information on what equipment you need to get, or make, and even tips on how to acquire it. He also sources numerous other books on relevant subjects and provides links. So all your bases are covered and you’ll be raring to go after reading this guidebook and compendium of organic wisdom. You can also find more from Jereme at the links posted at the end of this article.

Homesteading is a Way of the Future

The world cannot go back to its previous state of every nation incessantly chasing a poisonous and destructive GDP. The earth simply cannot take it. The past two centuries have seen vast developments in what we call ‘science’, ‘industry’ and ‘technology’. Many of these are phenomenal, and should be continued, enjoyed and passed down as a gift to subsequent generations.

But we have lost respect for Middle Earth itself, or Midgard as it’s called in Norse lore, and the mysterious spiritual realms attached to it. Our ecosystem is more than just the atmosphere, trees and water that surrounds us. It is a complex arrangement of forces, planes, elements, beings and realms that collaborate and influence each other in a highly nuanced dynamic of interplay that affects everything from weather and moods, to health, temperature and a host of supernatural forces that are off the radar of today’s scientific instruments. The world we live in requires a transcendental care and respect to go along with our consumption in order to maintain a natural and spiritual equilibrium with our environment.

“I do believe, though, that scientists and proponents of natural living can work together to learn from the mistakes of the past and harness scientific knowledge to better a society that has lost its roots.” -JZ

For thousands of years, the entire population of earth lived in a sustainable, and spiritual, relationship with its home and the forces that exist within and without it. The microscope of science has given a granular breakdown and classification of these mysterious workings, to the point where we can mechanically predict many of their outcomes. But it cannot ultimately explain their origin or mystery. Nor can it explain the other half of knowledge and wisdom that lies between the world of dreams, the sympathetic imagination, and the doors of perception, that is not disconnected from this very empirical world of scientific discovery.

It is widely acknowledged that cooking is therapeutic, its preparation process is good for the soul even before the very results enter the body to nourish it. That’s because it is part and parcel of the natural and spiritual relationship between life and its host earth. Homesteading is essentially this, but on a wider scale that takes you out of the kitchen. It includes foraging, cultivating sustainable methodologies, creative use and reuse of resources, and growing a self-sustaining organic ecosystem in your own realm, or homestead.

This does not mean you have to immediately give up your job and never show up at a shopping mall again. If you even have an apple tree in your yard… and use the apples, you have already begun to homestead. It is up to you how much you want to balance between providing for your own circle, how much you purchase, and how much you give or receive from others. But with this book in hand, you can now take that apple from the tree, or a pear, rose, honeycomb, daffodil or fir needles for that matter, and use them to help concoct your own organic version of the planet’s most widely imbibed ancient beverage, and invite the Viking spirits into it and your life.

Here’s to an organic future with enough mead to fill the halls and please the gods. Skal!

“I know everything — where you left your eye , Odin , in the water of Mimir’s well . Every morning Mimir drinks mead from Warfather’s tribute . Seek you wisdom still?”

—from Völuspá, the first poem of the Poetic Edda, translated by Patricia Terry

Jereme would love you to buy a copy of one of his books from an independent bookseller if possible. You can find out more about author Jereme Zimmerman here: 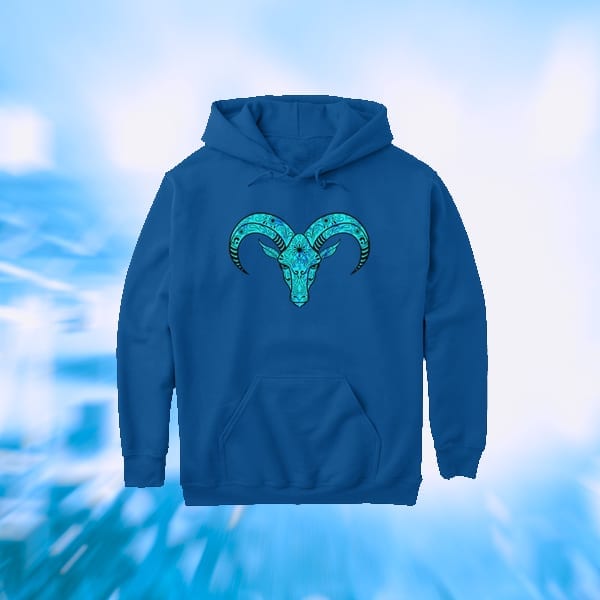